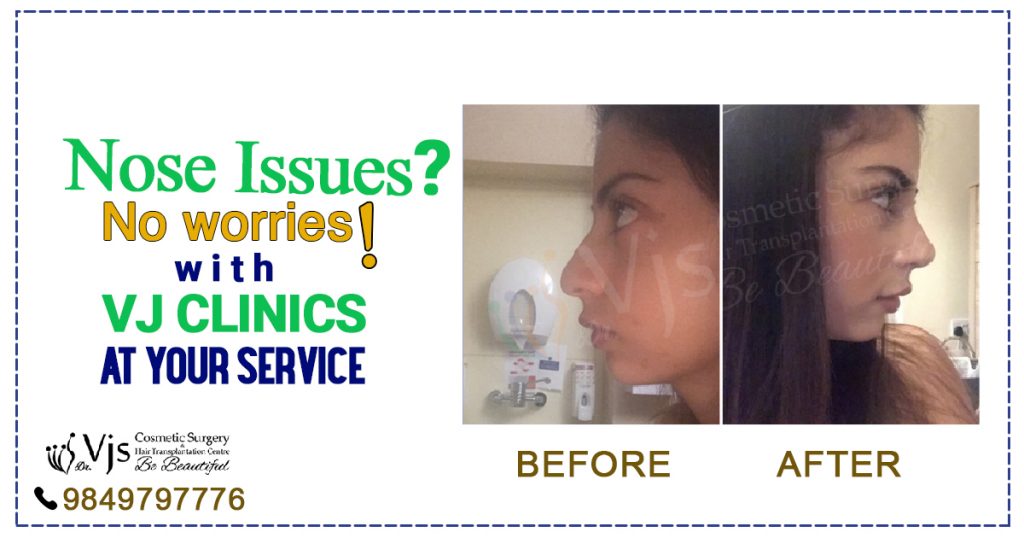 Rhinoplasty or Nose Correction surgery now in India is accepted by patients rapidly because of its successful treatments rate. While fracture is often associated with the limbs, it actually occurs in quite a few other organs as well. Sometimes, the bone or the cartilage of the nose cracks. Usually, it occurs in the septum area, the area where your nose divides into nostrils. This condition is known as the nasal fracture or fracture of the nose. A broken nose may be more common than it seems. Don’t worry, rhinoplasty or the surgery of the nose is the solution to this problem.

The causes of a nasal fracture

Symptoms of a broken nose

In case the nose is bleeding, sit down and lean forward. All the while, breathe from your mouth. This will prevent the blood from draining down the throat. In case only pain is there, put your head in an elevated position. Doing so will reduce the pain. Apply a cold compress to alleviate swelling. If you don’t have one, wrap some ice in a cloth. Use the cold compress three to four times a day. You can also take painkillers to reduce the pain.

In case the injury is not severe, the doctor will release you after dressing your nose in gauze and putting a splint. If the injury is severe, it may require a closed reduction surgery which is carried out under the influence of anesthesia. It involves realignment of the nose. Rhinoplasty may also be done, which helps in realigning the nose. If the need arises, septorhinoplasty is done, which involves the repair of the nasal septum. All these surgeries are performed after the swelling goes away, which means they can be done only after 3-10 days of the injury. A significant step that must be taken is an evaluation of the extent of the injuries to ascertain its effect on the face. People don’t know what impact a broken nose can have over the facial muscles and structure. Getting the septum checked is also important so as to prevent the collection of blood in the septum, which will make things more complicated.

Keeping your nose protected depends on how you protect yourself from injuries. These include wearing shoes with a good group. Wear protective headgear during contact sports to avoid injury to the nose. It is advised that you should wear a helmet while riding a motorcycle, doing skiing or skateboarding. One should also ensure that one wears a seat belt while driving a car and the kids should be trained to refrain from mischief during the rides. 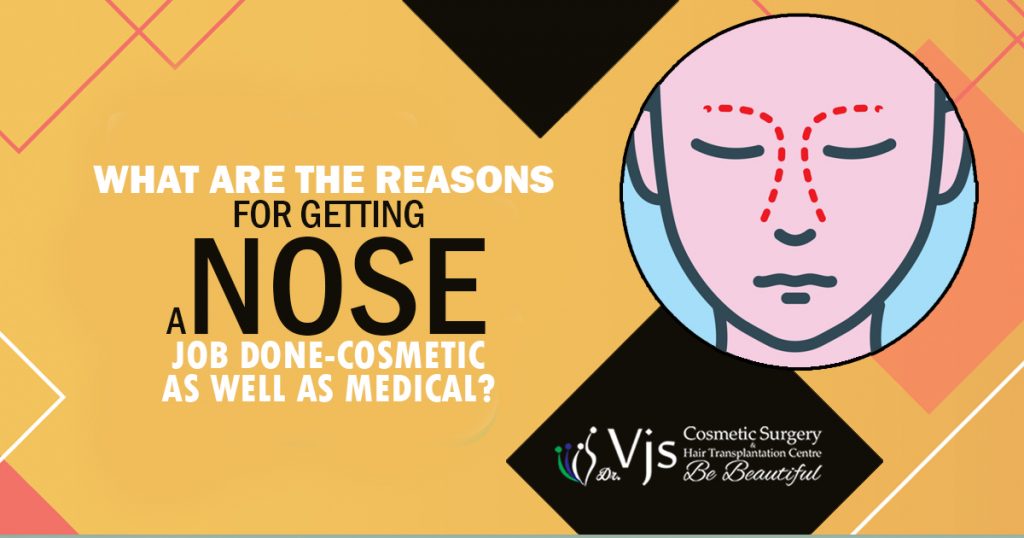 Everyone is fond of his/her facial features and wants to look attractive and beautiful more than anyone else. However, there may be some facial feature/features that one doesn’t like and always thinks of getting them altered. Earlier, it was only a desire of people but now it has become possible to get the most desirable shape of our facial parts because of the advancement of medical science. This trend was started by celebrities when they wanted a change in their look or in other words, wanted to improve their look. Now, this has become common among masses too. It is called Rhinoplasty in medical terms. Rhinoplasty in India was introduced by Sushruta.

There are primarily two reasons for getting a nose job done. The first one is to improve the look or shape of news just for beauty reasons. The other one is carried out for some medical condition. Hence, the first one is the Cosmetic reason and the second one is the medical reason.

At times, a chin implant may be suggested by the surgeon too to complement with the nose job.

It is important to discuss all the aspects, queries and the type of shape the person wants to give to his nose. The person getting the Rhinoplasty done should also note that it is a very individual feature and someone’s nose cannot be made like someone else’s even by a medical procedure. The best a surgeon can do is alter the shape of the nose or the other required improvement can be done to suit best to the individual’s face.

Besides, the cost of cosmetic Rhinoplasty is generally not covered by the insurance companies. So, if one is relying on getting the nose job done thinking the cost would be covered his medical claim, he should first consult his insurance provider.

MEDICAL REASONS FOR A NOSE JOB

The people may have to undergo a nose surgery not because they dislike their look but because they are facing some medical issues due to which they need to get the nose job done. These are:

All in all, getting Rhinoplasty is a very personal decision especially, if it is a cosmetic one. The actual shape of the nose can be seen after a week when the swelling is gone. It consumes a period of around one year to let the total swelling and marks fade away although these are visible only to the surgeon and the individual himself/herself.