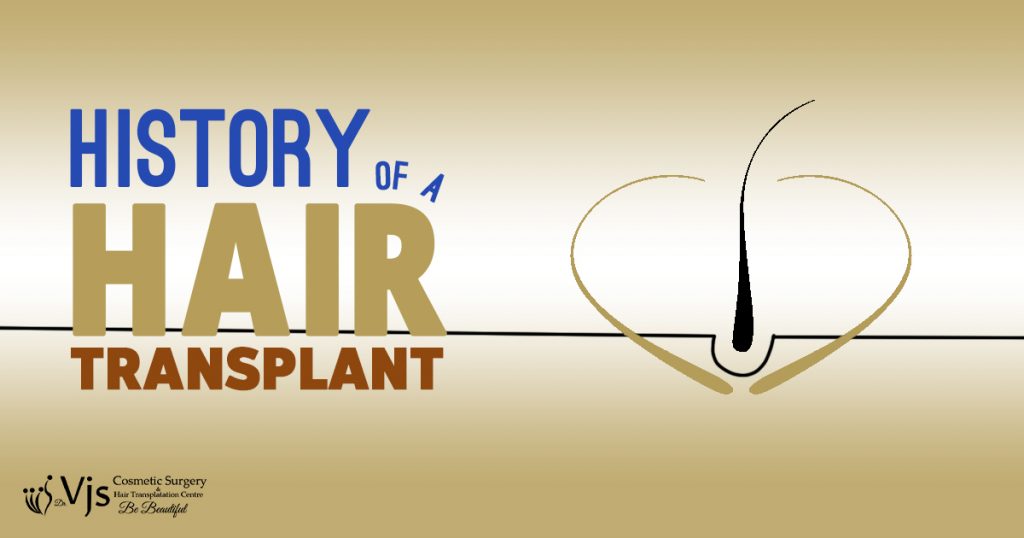 These days hair transplantation procedure is well-known among people of each age group because this is the effective hair loss solution which has two methods. The two methods of hair transplant surgery are FUE and FUT which are known as Follicular Unit Extraction and Follicular Unit Transplantation. These both methods are popular to give you the best results with a natural look.

Hair transplant was designed in the 1950s with the principle of Donor Dominance which was useful for hair loss solutions. At that time, this system was known as the stamping method which gave you remarkable results.

After the stamping process, this technique was known as the large plug technique in the 1960s. In which your surgeon collects multiple hair follicles in order to transplant the healthy grafts at the bald area. This was the technique which performed at a slow pace and many people claimed that it gave an artificial impression. And hair transplant cost at that time was too much because there were not many types of treatments available in order to treat hair loss. In these days this technique is not available due to artificial results.

Larger Sessions in the 70s

In this type of hair transplant surgeon performs this treatment with the help of surgical instruments. Which include hand motors and spaced templates which contains the circular incisions. This was the technique known as larger sessions in the 70s.

Minigrafts and Micrografts in the ’80s

Minigrafts and micrografts are formed in the mids of 1980s, in which your surgeon removes the strips from the donor part of the body which actually explained as the back of the head. The cutting areas are sealed with the wire bonds which results in scarring. Moreover, in minigrafts, hair-cuttings are smaller such 3 to 6 hair follicles, and if we talk about micrografts the hair cuttings are larger, for example, 1 to 3 hair follicles.

Mega sessions transplant with Micro-Minigrafts in the 1990s

With these techniques, the surgeon was able to move a large number of grafts in one session, which results in smaller trauma and scar. In this technique, a few hairs are lost due to the strip cutting method. After this method Follicular unit methods are formed in 2002 and which are well-known till date.

These are the methods which are known as FUT and FUE, in which FUT is the traditional method which formed in 2000 whereas the FUE method was designed in 2002. these both methods are famous and popular among people of each age group till date. These methods are useful to give you better results with full growth and natural appearance. Moreover, these do not have any type of side effects as compared to previous ones which we mentioned above such as Scarring, itching, and redness on the scalp.

Change Your Diet And Lifestyle To Maintain Healthy Growth Of Hair

We all know that there are many roots (No Pun Intended!) for the hair loss problem. However, most often than not, the biggest reason for baldness and hairfall treatment in Andhra Pradesh is malnutrition and even a lack of minerals or vitamins. Did you know that your hair follicles require high nutrients to stay healthy […]

Have you experienced an alteration in your look after hair transplant procedure?

There is nobody in this world who has become successful in preventing themself from hair loss. However, our medical scientists did not lose their hope of inventing proper treatments that can beat this hair loss issue. Ultimately, they successfully build effective hair transplant techniques such as Fue and FUT, etcetera, under which millions of people […]

Alopecia Areata: Common Autoimmune Disease Alopecia areata is a common autoimmune condition when the immune system begins to, by mistake, start affecting the healthy cells present in the body. Someone with alopecia areata faces the trouble of having shrunk hair follicles, resulting in hair growth problems. The given state demands you to get the most […]