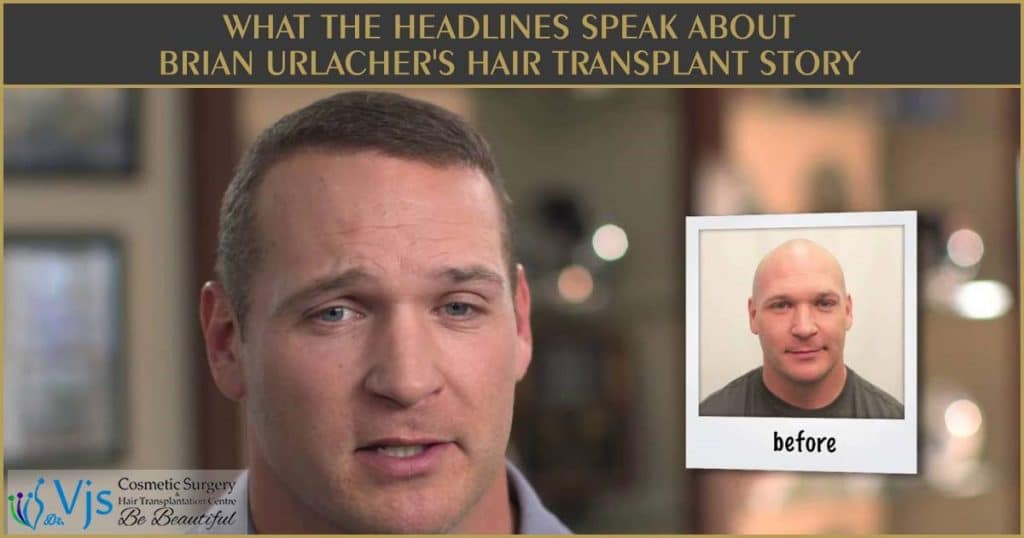 What the Headlines Speak about Brian Urlacher’s Hair Transplant Story

Brian Urlacher is the popular name in the world of football as his fans admire him due to his talent but these days he is in the headlines not due to his game but due to his hair transplant surgery.

Even the news is also revealed in media that he was having complicated hair transplant surgery as it took 8 hours for his hair restoration. Let us have a look on hair transplant story of Brian.

Brian has revealed in the social media that he started losing his hair at college time so to get rid of harassment he started shaving off his head. Brian cleared that it was really embarrassing for him when his teammates used to tease him due to his receding hairline.

Even his family members and wife was unhappy due to his receding hairline and his habit of wearing cap always so he decided to take a hair transplant.

He narrated that during surgery he was really comfortable as he was given local anesthesia that causes numbness in his scalp so he did not feel any pain or discomfort during the surgery.

Even I the social media, Brian revealed about his happiness after having hair transplant surgery as he is extremely satisfied with the natural-looking results of the procedure that are really undetectable. Surgeons put their extravagant efforts to give him scarless surgery so it is really impossible to catch his hair transplant surgery.

He revealed that he feels happy when people do not recognize him due to his full head of hair and a new hairstyle. He said hair transplant has altered his life and restore his younger look with improved aesthetics.

Overall it was really interesting to read about the Brain’s experiences about hair transplant surgery in the social blogs.