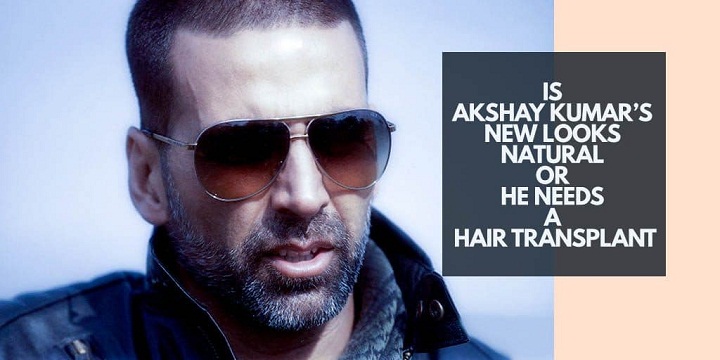 The Indian-born Canadian actor, Akshay Kumar is set to film for his upcoming new movie titled Keasri. The 50-year-old actor is an eye-catching star who has prevailed in the Bollywood industry for decades. Surprisingly, the award-winning actor has recently appeared in public with his head bald or what some have called a shaved scalp.

The new hairstyle is quite rare for the star, who has always rocked a fuller head than a majority of the Bollywood actors. The actor is generally known to take a pilot study for his films and particularly the roles he chooses to play. While a majority of his film roles center around romance and specifically being the good guy, the loaded actor has chosen a different character for his soon to be filmed movie.

Akshay has been confirmed to appear in “Singh Is Kinng”’s sequel, a 2008 movie that also stars Katrina Kaif, Sonu Sood, and Neha. In the sequel, Akshay will demonstrate his bad boy character, a character that requires him to have a bear head since he is to wear a turban throughout. Much as the new look is that unusual, it has left his fans and the public at large wondering as to what might have gone wrong with the factor.

By now, we ideally understand the amount of stress that actors, producers, and musicians like Akshay Kumar have to bear to stay at the top. Even though it may not generally entail to their celebrity entailed occupations, these men have other responsibilities like family matters, health, and desires that can tamper with their hair.

Some of the major causes of hair thinning in celebrities include;

While appearing on a National TV station at “The Drama Company” the Canadian star put the former hovering speculations that he had completely gone bald. The actor confirmed that his new look is all about his upcoming role in Singh Is Kinng film. How Phenomenal! Well, this is the period in which Akshay and wife Twinkle head down to South Africa for their annual family holiday. Some suggested that this would be the ideal time to undergo a hair transplant since he has plenty of time for the postoperative period.

Going bald isn’t a joke in the modern era, it is stressful, but many combat the painful situation by getting a hair transplant. There are quite many celebrities who have undergone a hair transplant either by a Follicular Unit Extraction technique or the Follicular Unit Transplantation approach. Both approaches are ideal for recovering hair and offer new looks to a patient.

Undergoing a hair transplant will require;

Modern hair transplantation approaches provide various techniques with efficacy, such as BIO-FUE, the Trichophytic technique, and the robotic procedure