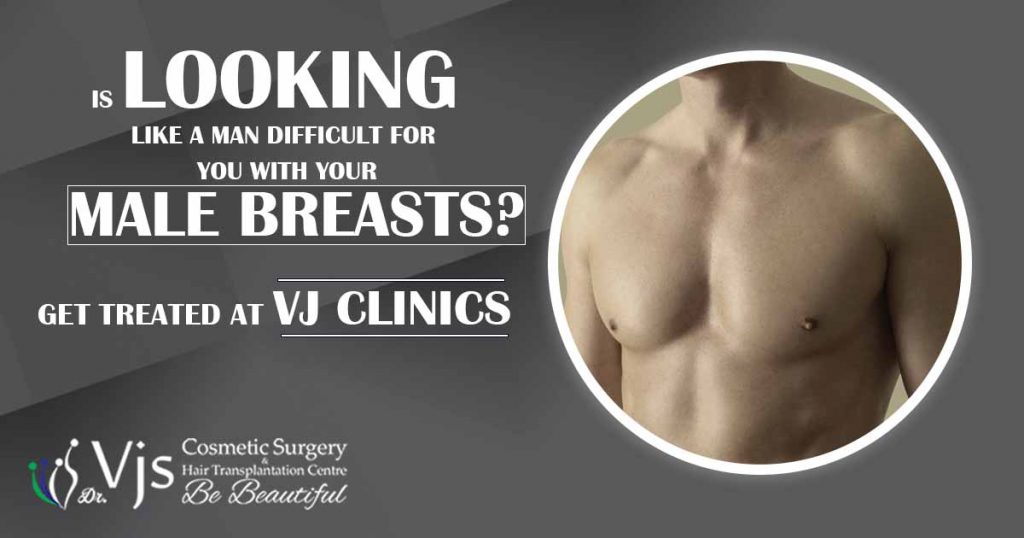 Men are often associated with having a masculine firm chest. But certain conditions trigger the onslaught of swelling in the chest area. This condition in which the males are seen to possess swelling in the breast tissue is known as gynecomastia. The condition is generally a result of an imbalance in the hormonal activity in men. The condition could be seen in men of all ages. It can manifest in new-borns, teenagers or adults. The condition may be caused due to some other reasons as well. Though the condition is not considered to be a serious problem, it could give rise to lowered self-confidence and embarrassment. Sometimes it goes away on its own but if it doesn’t, it should be treated. Gynecomastia surgery may also be considered if the rest of the treatments fail.

The common symptoms are swollen breast gland tissue along with tenderness in the breast. It is advisable to go to a physician if swelling, pain, and tenderness can be felt. One may also see a discharge coming out of one or both the breasts.

Reduction in testosterone or increase in estrogen level can trigger the condition. While estrogen is responsible for the development of breasts in the females, testosterone is mainly associated with the male traits. Both the hormones exist in both the genders. While men have more of testosterone and little of estrogen, the case is opposite in females. When the estrogen levels start increasing in the males, it leads to Gynecomastia. The condition can be seen in newborn babies. It generally goes away within two to three weeks of birth. It can also occur during adolescence period which may subside within a period of 6 months to two years. It could also affect adults in the age group of 50 -69.

Liposuction may be availed for treating this condition. It comprises making incisions on each side. The incisions are preferably made near the edge of the areola or the armpit. The cosmetic surgeon then removes the excess fat through these incisions and sculpts a natural looking chest contour which enhances the look of your chest. The surgeon in question must be a trained and experienced one so that you don’t end up with a botched up body.

If all other methods fail, the last resort is the surgery. The tissue excision method is generally used for this. It helps in removing the excess glandular tissue which can’t be treated with liposuction alone. The surgery is usually carried under general anesthesia but local anesthesia may also be used. The incisions are made around the peri-areolar region or the edges of the areola. The incisions are made in a manner that they are least visible after the surgery.

What to expect post-surgery

The patients might feel soreness, pain or swelling in their affected area post-surgery. The surgeon may prescribe painkillers to reduce the pain. It is highly recommended that you wear a compression garment after the surgery to increase the comfort factor and help the chest in healing rapidly. The garment provides both protection and comfort to the chest. The patient may return to his work and normal routine after a period of 1 week. He may also be permitted to resume his fitness regimen after a fortnight.