Home » breast reduction surgery • Gynecomastia Treatment » Why some men in vizag are aski ... 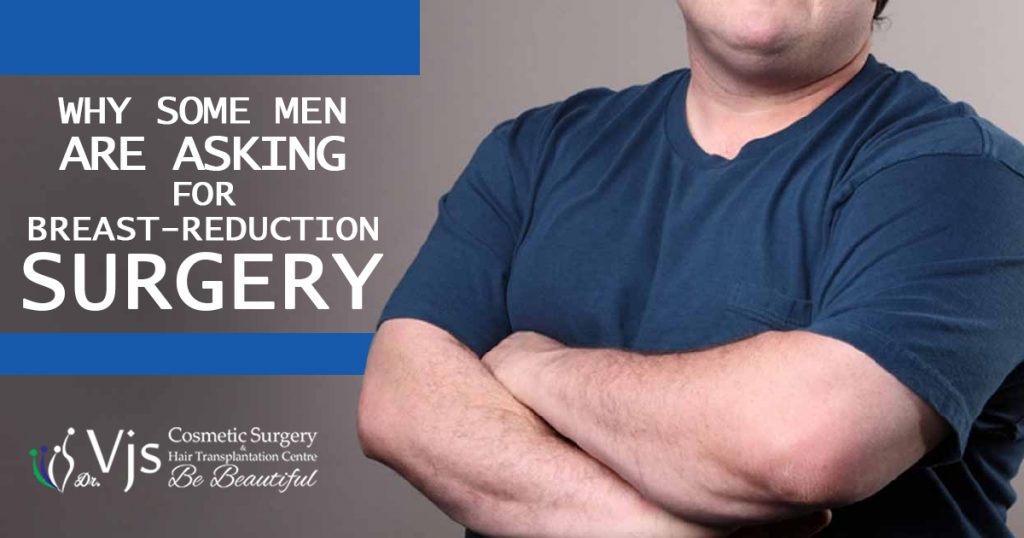 We often see men who have a chest which seems much like that of a woman. It is known as gynecomastia. The condition is caused due to hormonal imbalance. It is found in men in varying degrees. About 50 -70 % of men are found to be suffering from it in various degrees.

The condition may also be triggered by some medicines or marijuana consumption. While the condition may get rectified on its own in many cases, it may require treatment in other cases. Some cases might benefit from medicines but many cases need surgery. Gynecomastia surgery in Vizag is readily available for such patients.

If exercise, dieting and lifestyle changes don’t help, then the person has to opt for gynecomastia surgery. The surgery is an outpatient procedure and the patient can resume his daily routine within a day or two.

The surgeons used a primitive liposuction technique to remove the fat from the breasts. Sometimes excess skin was also removed to present a firm and flat chest. The procedure had many drawbacks as it resulted in frequent infections, bleeding and skin injury. Patients also reported numbness which lasted for a long time. The surgery left permanent scars on the chest in the nipple area.

This type of surgery is one of the latest methods to treat gynecomastia. It makes use of the ultrasound system to break and liquefy fat which can be expelled with an aspirator. Then the doctor uses a scalpel to make incisions just below the nipples and through the armpits. Thin metal probes are used to break the fat tissue. After the emulsification of the fat, it is sucked through a rubber tube and drained into a plastic container. It is followed by surgical removal of unwanted breast tissue. After that, the surgeon stitches up the chest. The surgery is painful but it all numbs out under the effect of anesthesia.

Some scarring will be there due to the incisions. The scars will fade away gradually with time. You may experience a little pain and swelling at the points where incisions were made. The patient is advised not to undertake any strenuous physical activity for some days as it might put stress on his chest.

Know the unknown about FUE Hair Transplant Surgery Do you notice your hair is getting thin, receding hairline, or bald spots? Be it hair loss or hair thinning, both are a considerable concern that requires you to visit one of the top-rated hair clinic in Vizag. Undoubtedly, it’s hard to accept hair loss, especially when […]