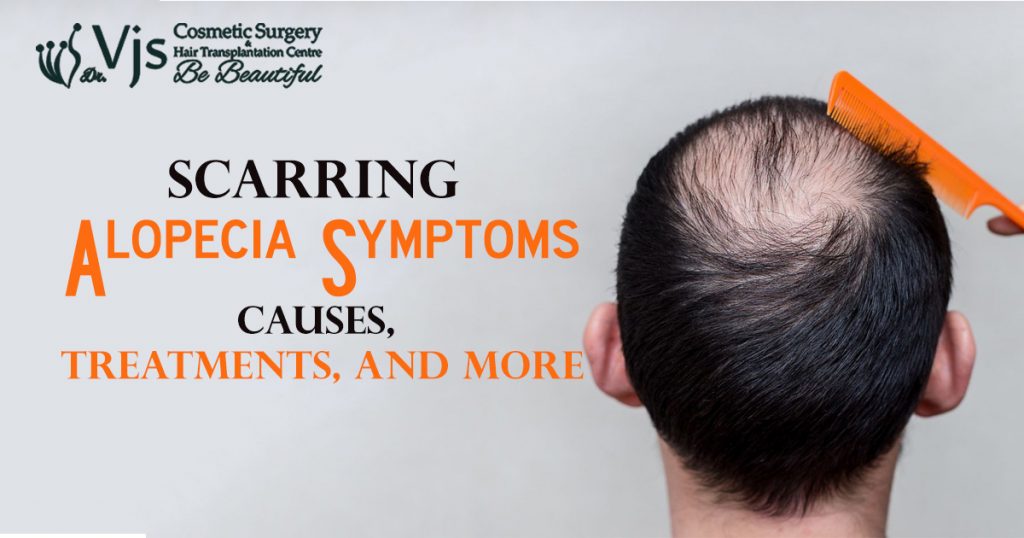 The current population is facing variable disorders which were unheard of in the yesteryear. The most common of them is hair loss. It might strike some early in life, but it is usually seen striking people when they reach middle ages. The reasons lie mainly in genetics, stress, medication or certain medical conditions.Many people take up treatments to revive their crowning glory but if they fail to see results after using these methods, they finally opt for a hair transplant. Of the diseases which cause extensive hair loss, cicatricial alopecia is the most common. Let us take a look at what exactly the disease does to our hair.

Scarring alopecia differs from alopecia areata in the manner that the scalp looks rougher in this condition. The bald patches can be seen in both the cases but the appearance of the skin of the scalp is different in each. Sometimes, the scalp may be smooth or it may have redness, scaling or pigmentation. There may even be the presence of blisters with pus in them.

Physical signs often point to the presence of Scarring alopecia but it is not enough to for an accurate diagnosis.The doctor might perform one or two biopsies to confirm his suspicion. A small piece measuring from 2 to 4 mm diameter is taken and observed under a microscope. The concerned pathologist will try to look for signs of destruction of follicles, inflammation, and appearance of scar tissue at skin deep levels. While the inflammation levels may not show correctly, one thing is for sure: the destruction of hair follicles. Once they are destroyed,only  a scarred tissue remains.  Once the disease burns out, the itching, inflammation and the redness vanishes but the hair follicles remain inactive as they are destroyed. The follicles at the periphery might not be destroyed and they may give rise to some hair.

As the disease causes extensive damage to the hair follicles,the medication and treatment should be swift in action and highly effective. Scarring alopecia which involves lymphocyte inflammation of hair follicles is treated with the application of creams containing corticosteroids. Antimalarial and isotretinoin drugs may be used in conjunction to achieve better results. Another line of treatment includes administration of antibiotics along with isotretinoin. These are used when the inflammation strikes mostly neutrophils or a mixture of cells. Methotrexate, thalidomide, cyclosporine, tacrolimus can also be used. The disease is known to burn out at the end. If it so happens and there has been no evident hair loss since a few years, the bald patches can be removed or treated with hair transplant method. If the bald patches are small, then they can be surgically removed.