Home » Have a closer look at your hair and their growth 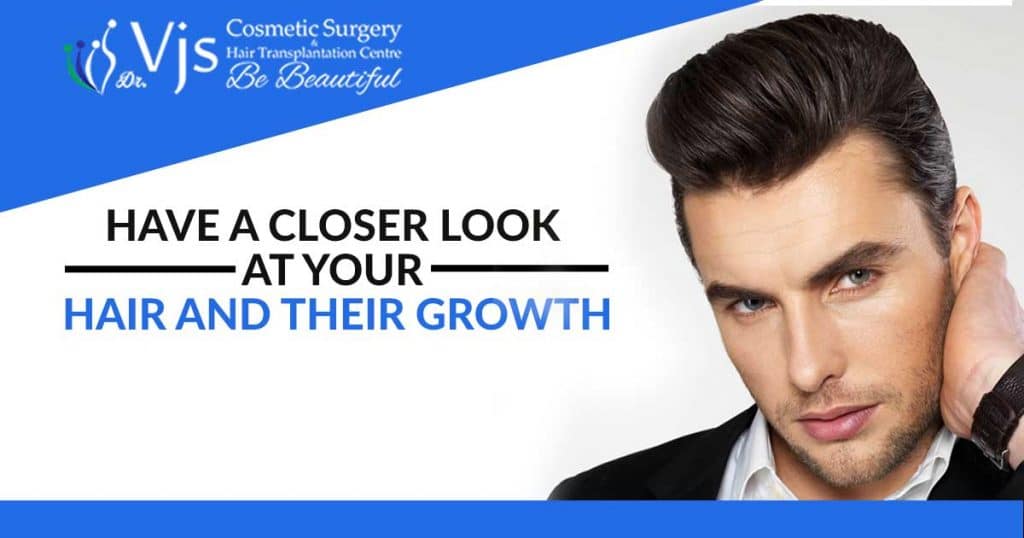 We are having more portion of hair on scalp than the body parts like legs, arms, underarms, thighs, chests, mustache, beard, eyebrows and eyelashes and the texture and length of scalp hair also differs from the body hair. To understand the texture and growth of human hair let us have look on the anatomy of hair.

Human hairs come out from the hair follicles which rest within the fatty layer of the human scalp.  We believe that hair grows as the single strands but it is just a misconception as the human hair grows in the natural grouping of 1-4 hairs per grafts.

The topmost part of the hair is the strands which can be seen over the scalp and these strands come out from the hair follicles that have an individual base called hair bulb. The entire growth of hair occurs in the bulb and even the nourishment of hair also happen throws the hair bulb from the blood vessels within the dermis. The hair cells separate and develop to produce the hair shaft and the most surprising fact about the hair is that the hair develops and remain in the soft form under the epidermis but it gets hardens when coming out from the scalp.

What are the parts of human hair?

Diabetes mellitus is a disease that makes the life of diabetic patients a little more challenging. There are many restrictions that individuals have to impose in their lives to cope with their health conditions. They are not only supposed to pay close attention to what they eat, but it is also necessary for them to […]