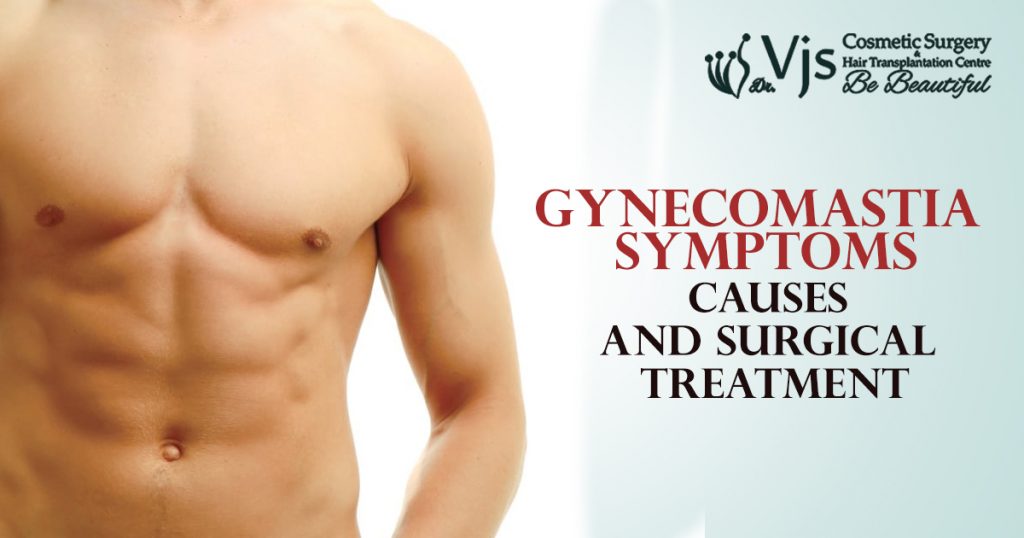 Gynecomastia is a medical condition associated with enlargement of male breasts. It is not restricted to a particular age and can occur at any stage of infancy, puberty or even at adulthood.  The thing to be noted is that it is not the additional muscular fat deposit in overweight males. Gynecomastia surgery has become quite popular over the recent years.

The major symptom of gynecomastia is the enlargement of male breasts itself. There is a deposit of muscular deposit around nipples. It is a glandular tissue and not a muscular tissue that deposits around the male breast. It has a rubber- like or firm feeling. This generally takes place in both the breasts but can be only in one breast sometimes. It does not cause any pain. However, it does make the appearance of male a little embarrassing. It is accompanied with tenderness in breasts and sensitivity. The enlargement though is there on both the sides; still, one side may be heavier than the other.

Another important thing to not to be overlooked is to confuse it with male breast cancer. The ratio of male breast cancer is only 1% and it necessarily does not occur on both sides. It also is not centered on the nipples.

The gynecomastia that occurs during puberty cures on its own with the progress of time as the hormone levels balance themselves.  After the tissue becomes scarred, surgical treatment is sought for treatment.

Reduction mammoplasty which is commonly known as, breast reduction surgery is used in extreme cases of the condition, prolonged gynecomastia or in those cases where medications fail to reciprocate it.

All in all, gynecomastia is not a severe disorder in the males. The major drawback is that it makes the male appearance unappealing in the public and puts them more to a risk of breast cancer which is otherwise quite uncommon in males. It is also not possible to prevent gynecomastia unless and until it is caused due to some medical conditions.